First of all, though you can format Word to the exact specifications of a screenplay, anyone with plans to write a script should get a program specific to scriptwriting. It makes writing so much easier when you don’t have to constantly worry about formatting, and you’ll know without a doubt that the final script will be up to industry standards.

From that point on, however, choosing one program over another becomes a little murky. There are plenty of free programs available on the web, Celtx being the most popular. Celtx contains features great for the entire pre-production process, including storyboarding and production scheduling. The drawback the free programs, however, is that the industry doesn’t take them as seriously as Final Draft and Movie Magic. Producers will typically accept Movie Magic or Final Draft files and not Celtx files, though a PDF is usually preferred over anything. Celtx files also don’t convert directly to RTFs, which Final Draft and Movie Magic both do (though Celtx can export to Final Draft). Though not the industry standard, programs like Celtx are great if you are producing your own work and need the extra features, or if you aren’t ready to commit to the more expensive programs.

Then there’s the great debate: Final Draft versus Movie Magic. This argument divides the screenwriting world down the middle. Both have professional testimonials (Paul Haggis likes Movie Magic; JJ Abrams recommends Final Draft to even those who don’t own a computer). Both are easy to use and have intuitive interfaces. Both are constantly fighting for the title of industry standard. Both are equally expensive, around $250 new. And when you read a hard copy script, there’s no difference between one written with Movie Magic or Final Draft. One difference is that Final Draft charges for technical support, though as a Final Draft customer I have never used it. It comes down to preference: some like one interface better than the other, but there’s no clear “best” program. There’s no wrong choice, so do a little research and see if one might work better for you. 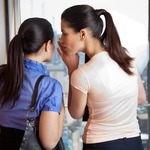