"The Basics On" investigate one aspect of screenwriting in depth. This entry is about the setting, or

Setting Informs the Story and Characters

This might seem obvious, but wherever you set your story should matter to the plot and characters in some way, even if it’s minimal. Though not every script needs a unique setting, creative use of place makes a script more memorable. Think about Paris Je T’aime versus New York I Love You (full disclosure: I have never been to Paris, so what follows is based strictly on the movie, which may not accurately represent Paris at all). In both movies, each short film took place in a different part of the city, but while most of the stories in New York seemed to be in restaurants in the West Village, Paris highlighted graveyards, bridges, art studios, family homes, mosques, hospitals, and apartments. The stories from each location reflected the specific part of town which greatly enhanced the film.

The “world” of a script is always important, and it matters most in genre writing (which includes fantasy and sci-fi) where the rules of the story universe don’t always follow reality. It’s extremely important for the writer to know the world inside and out, and set up rules early that the audience doesn’t get confused. Even if you’re writing something that takes place in a realistic world, there still might be rules that you need to set up for the audience. For example, at a typical high school, the theater kids might be dorks, but if your script takes place at a performing arts high school, they might be the popular kids; that’s the kind of detail that clarifies plot.

While you want to have a clear world with well-defined rules, you don’t need to weigh down your stage directions with lots and lot of description. Small, impressionistic details work best when describing a setting, so for important locations, pick two or three specifics that define the space and leave the description at that. It’s hard to know what’s necessary for the audience’s understanding and what’s overkill, so it’s fine to overwrite in the first draft and then pare it down. 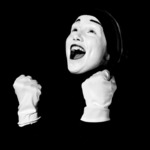 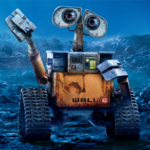