Commercials are a great way to get exposure and make money as an actor. Obviously, several commercials play during every television program. And now companies even shoot ads specifically for the internet. There are a lot of opportunities to audition for commercials. Here are a few things to know about them.

Commercials have several different types of rates. A flat fee means that there is one flat payment to own your commercial for whatever the time period contracted is. Often times this is for non-union, internet or regional commercials and print. However, this can sometimes happen with union commericals. There are also something called residuals which you get whenever the ad plays. The residual differs depending on the time of day the commercial plays and for what type of program.

Conflicts refer to the products you are unable to audition for while your commercial is running. For example, if you book a Coke commercial, one of your conflicts will be other soda products like Pepsi or Sprite. Products can have more than one conflict attached to them and the more conflicts the product has, the larger the fee is that is paid to the actor. Conflicts need to be kept in mind when pursuing other commercial work. They are usually only in place for the amount of time that the commercial is playing unless otherwise specified in the contract.

This can also be known as "on hold." Basically, the producers liked you enough but they aren't exactly sure who they will ultimately book yet so they want you to stay available on the shoot dates. It does not mean you have the job unfortunately but being on hold is still seen a good thing. Often times, the ultimate decision can come down to arbitrary reasoning so pat yourself on the back for getting that far.

Sometimes a commercial will be shot but not be put on air for some time. If the amount of time is longer than the contract or the commercial is extended, the producers must pay the actor a "holding fee." This fee will further prevent the actor from auditioning for conflicting products.

There are national, regional, and sometimes international commercials. Each type comes with their own limitations and rates. Regional can mean something as small as the New York State market or as large as the Western US. National and international obviously means the commercial will run nationally and internationally respectively. Sometimes, if you shoot a commercial in a very small and specific market, the conflict will not reach to the national market. 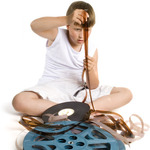