Because I couldn’t find anything even remotely appropriate.

Sex, nude, bedroom and shower scenes (lets call them "sensitive") can be the most difficult to schedule.  You have to take extra care because they're among the easiest to screw up, and can seriously impact the rest of your schedule.  And while few of us (hopefully) have ever been in a gunfight, most of us have had sex or taken a shower, so we're less forgiving as an audience of mistakes and insincerity.

IT'S ALL ABOUT FEELINGS

- namely, those of the cast.  Whatever they agreed to months ago when they read the script, or their agent agreed to in their contracts (see below), ultimately what's shown on camera is up to how they feel on the day of the shoot.  Don't schedule sensitive scenes during the first couple of days of shooting.  Let everyone get comfortable with each other first.  On the day, schedule some fairly mundane scenes before and after.  Try not to break up the sensitive scenes with a lunch break.  I usually them after lunch - people are a little more relaxed after having eaten.  (Some people argue otherwise.)

The actor's agent or manager will want to discuss exactly what you mean by "sex scene," "semi-naked," "in the tub," etc.  Be specific, and don't understate or dance around the subject.  The agent will usually insist on adding clauses to the actor's deal memo.  These may include:

Agents are usually more uptight than their clients, but that's because they're fighting for theirlong-term reputations.  Whatever you end up agreeing to, make sure the 1st AD, UPM, agent, producer, director, actor and costume designer all understand it.  The costume designer will purchase and outfit the actor with the aforementioned coverings (a nude suit, a sock, panties/underwear, strapless bras, bathrobes, etc.)

Of course you'll have a closed set.  How closed?  I usually push everyone out of the room except for the director, DP, boom operator, and either a hair stylist, makeup artist or costumer.  Video village should be turned off.  I don't let the crew back on the set between takes until everyone's clothed again.

Some actors like jokes, others prefer a serious set.  You can offer a glass of wine if you feel it's appropriate.  Some directors strip down to make the cast feel like they're not the only ones naked.  If the scene involves a woman and everyone on set are guys, bring a woman to the set.  Have comfort robes handy.  If it's cold, put on a space heater.  Keep the noise down outside.

IT'S THE ACTOR'S CALL

If the actors don't feel right about the scene, give the director time to work it out with them, as free of production concerns as possible.  I usually put out some good snacks, to keep the crew and other cast occupied.  If you know ahead of time that you don't have a lot of room to maneuver schedule-wise, ask the director, actors and DP to spend some time the night before the scene, going over the blocking.

IT'LL BE OVER BEFORE YOU KNOW IT

Nine times out of ten, if the director, cast, and crew are getting along and everyone's feeling like their efforts are being valued, then shooting these scenes isn't a problem at all.  Good luck! 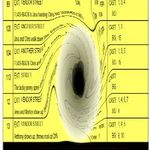