Vocab Lessons explains a common screenwriting or filmmaking technique so that screenwriters can better utilize them in their writing. This post will cover a macguffin, a sometimes insignificant object that drives the plot forward. Some spoilers ahead.

Vocab Lessons explains a common screenwriting or filmmaking technique so that screenwriters can better utilize them in their writing. This post will cover a macguffin, a sometimes insignificant object that drives the plot forward.

Especially common in thrillers and action movies, the macguffin is an object or plot device that serves a similar purpose as a red herring. Both are meant to distract the audience, but while a red herring’s purpose is ONLY to distract, the macguffin also moves the plot forward. There are a lot of different ways the macguffin can drive the plot. It can be something that all the characters want, which puts them into conflict with one another. It can force a character to go on a journey, or it can be searched for, or it can make a character stay in one place. It can even just be a question that the character (and the audience) wants answered. The trickiest thing about the macguffin, though, is that it is most often not that important, or its importance is unclear. A lot of the time, it is something that is important at the beginning of a film to jump-start the plot, but then is forgotten about later on in the movie.

Macguffins can be a confusing concept, so it’s easiest to look at different examples. The most well-known types come from Alfred Hitchcock and his films. He was the guy who coined the term “macguffin” and so his movies have some of the clearest examples of them. The standout in my mind is in Psycho. The macguffin is the money that Marion Crane steals at the beginning of the movie. It drives the plot initially because it forces her to leave town, but then doesn’t matter at all anymore once she is murdered in the shower. It is a perfectly functioning macguffin because it keeps the audience interested during the first act of the movie, but when all mention of it disappears halfway through, no one cares because the real story of Norman Bates has begun. Another interesting example is in The Birds, because ironically, the macguffin are a pair of lovebirds that Melanie Daniels takes to Mitch in order to get his attention.

Alfred Hitchcock’s view on macguffins was that it doesn’t matter what the thing is and whether the audience really cares about the object or not; in other words, the macguffin is completely expendable. George Lucas, however, had a different opinion, and thought that the macguffin should have greater significance. He made R2-D2 the macguffin in Star Wars, and obviously the audience is meant to connect to him as a character as well as a plot device. Another example of a very significant macguffin is the One Ring in Lord of the Rings. Transporting the Ring brings all the characters together in the first film, so that the audience becomes invested enough to watch all the characters in completely separate plot lines for the other two movies.

Occasionally, the macguffin is not an object but something else that characters, and therefore the audience, want to know about. One example is “rosebud” in Citizen Kane (I’m not going to say anything more about that, because it was ruined for me by a random movie review and I’ve never recovered). There are quite a lot of examples in this category from television: what happened to Mulder’s sister on The X-Files, who killed Laura Palmer on Twin Peaks, what the island was all about on Lost. Each kept the characters active and viewers watching, but all the answers never came forward.

Now that it’s a little more clear what macguffins are, we can examine how to use them in a screenplay.  Again, macguffins are one of the trickiest aspects of a screenplay to get right, so follow the tips below.

Recognize that You Need One

This is probably the most difficult part of writing – determining whether you need a macguffin and if it should be important to the audience or not. Think about your plot. Are you struggling with ways to keep the characters in conflict? Is there a twist halfway through that determines the rest of the movie, but you don’t know what to do in the first act? Does your detective need something concrete to be investigating? There are all reasons why a macguffin might come into play. Another pitfall is thinking a macguffin needs significance when it doesn’t. You might be developing a long backstory for why something is important, when really, if the characters are all fighting for it, the audience will accept its importance even if you didn’t explain it. This leads into the next point…

Check the Importance Against the Plot
If your macguffin is too intriguing, the audience is going to be upset if it disappears or doesn’t pay off. A great example is the outrage over The Killing. The macguffin there is the question of “Who Killed Rosie Larson?” Though nothing about the show’s structure promised an answer to that question by the end of the first season, audiences became very upset when the murder remained unsolved in the season finale, probably because they had been watching Rosie’s family fall apart all season and became very emotionally invested in the case. On the other hand, if the macguffin doesn’t feel important enough, it’s not going to distract or interest the audience enough to keep them engaged.

An interesting way to enhance the macguffin is to infuse the object with metaphor. This is the case in the quintessential macguffin movie, The Maltese Falcon. The characters each scheme to get the statue of the falcon, until it’s revealed at the end to be completely worthless. Depending on the story, the macguffin can add layers of meaning if executed properly.

Watch a video of Alfred Hitchcock's explaination of a macguffin. 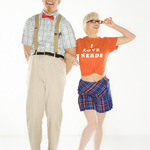