Rachel Graham on May 04, 2012 in Screenwriting Horror Tips

"Cabin in the Woods" is getting raves from critics and moviegoers alike, but the most interesting thing about it isn’t the surprise “twist,” but the twists of the plot itself. What follows is a structural breakdown of the entire movie (SPOILER ALERT) and tips on how to keep your own complicated script under control.

Cabin in the Woods is a “horror” film from Joss Whedon and Drew Goddard, with the same basic premise of quite a few slasher films: five college students go to a secluded cabin and get killed off one by one. I say it’s a “horror” film because that’s not all it is. It’s also a buddy comedy about two government officials in a world-wide competition, watching these same five kids for a mysterious purpose that’s only revealed at the end of the movie. While the marketers are having a field day with Cabin in the Woods, instructing reviewers not to reveal the “twists,” there’s really not that much surprising material. The opening credits feature paintings depicting human sacrifice, and that’s exactly what the “surprise” is at the end of the film. There are a few humorous but minor moments of fun, but nothing mind-blowing shocking like the actual “twists” in Fight Club or The Sixth Sense.

What makes this movie really something unique is the structure, which seems to resemble the three-story Rubix cube cabin on the movie poster. It’s not the “secrets” that are being revealed that’s making the audience head spin; it’s the fact that there are essentially two movies happening on top of one another. The movie’s two stories aren’t just a plot and subplot. Each has its own inciting incident, third act crisis, and resolution.

The first is the buddy comedy. The inciting incident of this plot is the kids leaving the house to go to the cabin. The third act crisis is when the other countries have failed to achieve any deaths and it looks like some of the kids might get away. And unfortunately for them, the resolution is their own creatures turning on them.

The inciting incident in the plot in which the kids are the protagonists, or the horror plot, however, is when they get to the house and “choose” the object that will determine what will haunt them. Only this plot has a midpoint shift, which is when Dana and Marty discover the elevator to the chambers below the cabin and start to explore them. The third act crisis is the discovery of the conspiracy, and unfortunately for all of us, the resolution is the end of the world.

The amazing thing about the script is how seamlessly these “two movies” weave in and out of each other without one taking up more of the audience’s attention than the other. The resolution of horror plot happens after the other plot has ended, creating what some might call a “fourth act,” which has the potential to bore the audience. Cabin in the Woods, however, holds the audience’s attention from beginning to end.

Aspiring screenwriters might feel nervous about tampering with the formulas of screenwriting, but while it’s important to understand the fundamentals, there are definitely ways to shake things up. Below are some tips on how to keep a script with crazy structure in line.

Organize For Yourself First

A script with a complicated or unique structure screams for outlining, mostly because it will help you iron out flaws in logic before you waste time on several script drafts. This is totally necessary for films with multiple interwoven plots, especially those that take place in different time frames. An example of this is Memento – film analysts have applied a system of lettering and numbering scenes depending on which timeline they’re from (meaning whether they are in color or black and white) to keep things straight. If that’s helpful to you, do it!

Stick to three act rule as much as possible

The three act structure can benefit films that otherwise might feel disjointed because of time jumps or other mind-boggling plot elements. The prime example of this is Eternal Sunshine of the Spotless Mind, which upon first viewing gob smacks viewers with time-and-memory-bending, but actually is perfectly plotted into the three act structure.

Set Up Reminders for the Audience

You might remember during a key scene of Inception when Ariadne asks in confusion, “Wait, whose subconscious are we going into exactly?” You don’t want to get into too much exposition, or make the characters sound dumb. But it’s helpful to have little reminder moments to keep the audience up to date, especially in something like Inception which not only had a sometimes confusing plot but “science” and made-up terminology to explain to the audience.

If your script has a unique hook with the structure, like everything happens in real time, or, like Cabin in the Woods, you have add-ons to the three act structure, it’s best to keep it short. Even though it could feel longer than a tightly-plotted film, Cabin in the Woods never feels like it’s dragging, in part because it’s only an hour and a half. People will watch something more avant-garde and less commercial if it doesn’t take up as much of their time. 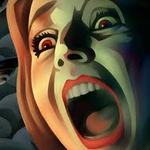