Script Notes is a series of posts about current cinema and what writers can learn from great (and not-so-great) scripts. This week's entry focuses on Martha Marcy May Marlene, a psychological thriller about a young woman (Elizabeth Olsen) trying to regain a sense of normalcy after escaping a cult lead by the charismatic John Hawkes. This write-up contains SPOILERS so readers beware!

Martha Marcy May Marlene is a captivating, unsettling, and somewhat unsatisfying film that is sure to leave audiences thinking. Since seeing the film, I’ve grappled with questions I’ve had about the film, some of which I answered through further reflection and some are still unanswered.

The script is well-structured, cutting seamlessly back and forth between Martha’s present and her memories of the cult, using the technique of “match cutting.” The audience learns about Martha’s history with the cult as Martha, presumably, remembers the past more and more clearly. I say “presumably” because it’s not entirely clear at the start of the film how much Martha remembers about her experiences, and what specific information she is remembers over time.

The highlight of the film, both in the script and for the viewer, is Patrick the cult leader’s song, performed the day after he rapes Martha in a “special” ceremony. The song and this scene accomplish so many things in both character and narrative. It shows Patrick’s disturbing view of Martha and women in general (she’s “just a picture” that he owns and puts on his wall), while showcasing his extreme amount of charisma. It’s an important turning point for Martha’s character too, which becomes clear when watching how enamored she is with his performance. Up until this point, Martha is not fully committed to the cult despite living in it. This scene marks the point when she becomes totally immersed the cult, and in the next couple flashbacks we see her snuggle up with Patrick and even lead a new young woman into his grasp.

The most controversial part of the movie is the ending, which is extremely abrupt and leaves viewers with many questions. Ambiguous endings are effective when they inspire discussion among the audience and add new metaphor, and work best when there are a limited number of possible outcomes. But Martha Marcy May Marlene ends with about a million imaginable outcomes, including Martha killing her sister and brother-in-law and going on the lam under the alias of Marlene (okay, so it’s not exactly probable, but I thought it might happen). It’s a good lesson for screenwriters to remember that an ambiguous ending with many possible scenarios leaves the audience feeling unsatisfied, while just a couple possible scenarios leads to debate. 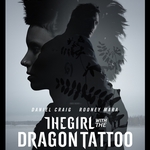 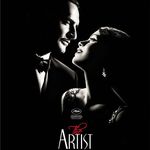 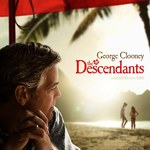