What to do when your well-planned shooting schedule goes completely to hell.

We've all been there.  A setup that was supposed to take "five minutes" has taken four hours.  Airplanes fly by everytime you say "action."  You're still rehearsing what you thought was a simple scene.  Welcome to the scheduling black hole, where overtime, cut pages, and unholy compromises await.  But there are more constructive ways out of this situation.

If you're going to be in the same location for a few days don't panic yet.  But if it's your last day of shooting, simplify your setups and think about overtime.

If the crew has the set, the director can rehearse nearby with the cast.  Or the director, DP and AD can go over the setups for the next scene.  Or whoever's free can start wrapping out.

Is there a quick exterior scene you can shoot out while the crew sets up inside?  Shooting even a short scene now can buy you some time later in the day.

SHOOT SOMETHING BEFORE LUNCH

If you haven't taken first shot and lunch is an hour (or less) away, shoot SOMETHING IMMEDIATELY.  Otherwise morale will hit the toilet.  Shooting a less-than-perfect first take can get everyone's juices flowing again.

The location turns out to be a huge time-suck due to bad wiring, uncooperative neighbors, traffic, etc.  How critical is it to your scene?  Can you relocate down the block, outside or in the next space?  Or, can you set any other scene(s) in the same spot (thereby amortizing your setup time)?

You have several scenes set in the same location.  Rather than shoot in scene order, shoot in angle order.  Shoot all the angles looking in the same direction, for all your scenes, then turn around and shoot your reversals.  If done right (and assuming wardrobe and other changes don't take more time) you can save A LOT of time on camera moves and re-lighting.

It's taking forever to rehearse your master. Are you trying to do too much?  Can you break the scene down into smaller units, each with its own master?  Can you simplify the camera work or blocking?

If you're not specific about what you want the crew will dress and light the entire set.  But do you need all that work done?  Maybe you're never going to turn around completely.  Is there a wall or two that can be spared?  A room we'll never (or barely) see?

Women take longer to go through hair/makeup than men.  If you're behind and you have a scene coming up with a lot of women in it, shoot a scene with some men first.  The women can be in hair/makeup while you're shooting the men.

As a rule, it's better to wait for sound.  You don't want to burn your actors out with repeated takes, and you'll rarely get the performance back in ADR. Better to do fewer takes with good sound.  However, sometimes shooting a take all the way through is more important for maintaining momentum and finding the performances.  If the problem is intermittent (a car alarm or airplane) get good coverage so you can cut around it. 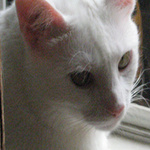